The sharp-witted, foul-mouthed, unapologetically fiendish British comedian kicked off the show with a monologue that earned a few laughs but mostly seemed to leave the crowd paralyzed.

"Remember, they're just jokes," Gervais said at the start of the ceremony in Beverly Hills, California. "We're all going to die soon — and there's no sequel."

Gervais, true to form in his fifth hosting stint, quickly turned to making fun of high-profile celebrities in the audience — and at least one who was notably absent.
Ricky Gervais hosts the 2012 Golden Globes by k-ideas is licensed under 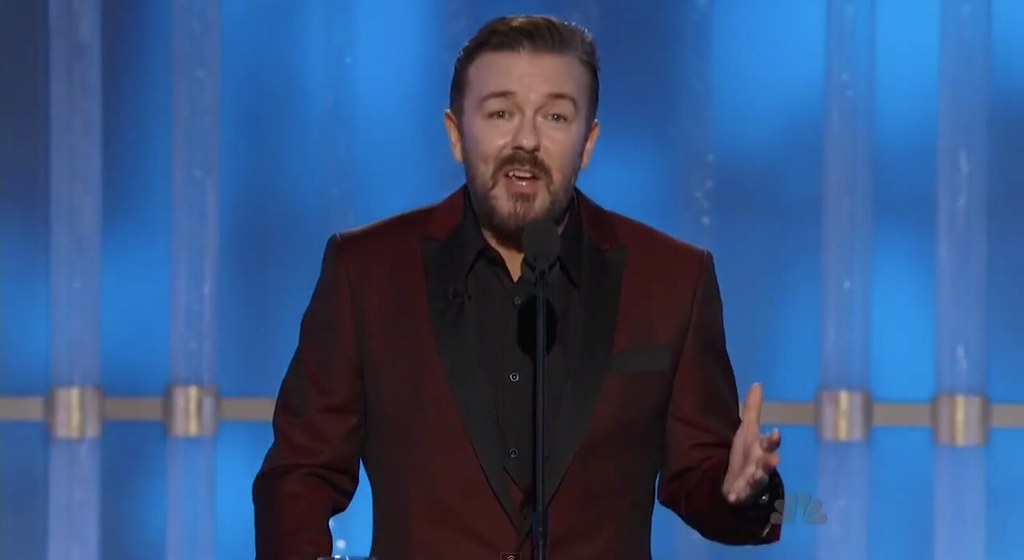