Biden’s Already Betrayed His Own Mask Mandate and the Troops

Joe Biden by Chairman of the Joint Chiefs of Staff is licensed under CC BY 2.0

His Fraudulency Joe Biden has only been president a few days and already he’s betrayed our troops and proven he does not believe his own mask mandate is necessary.

Apparently it happened like this… Just like His Fraudulency and His Fraudulency’s dim-witted Press Secretary, a member of the National Guard was not wearing a mask on federal property and some Democrat congressperson freaked out. This resulted in those National Guard troops charged with guarding the U.S. Capitol (from a non-existent threat) being forced into the Capitol’s underground parking garage.

Here’s a photo of this disgrace… 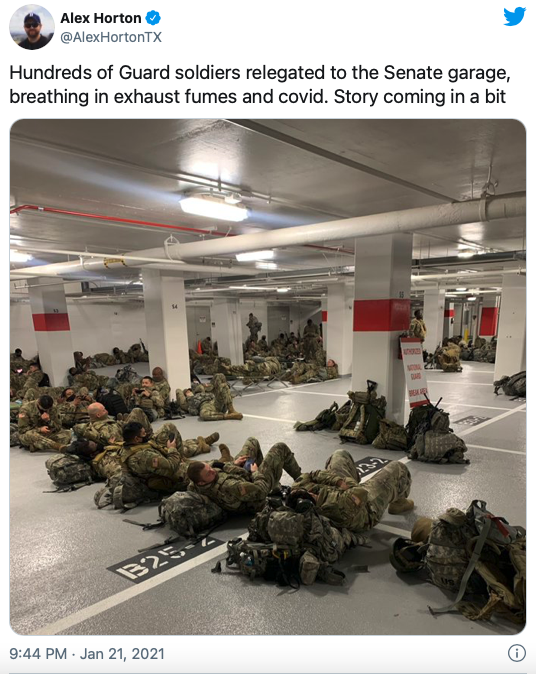 How do you like that under His Fraudulency’s administration terrorists at Guantanamo Bay have better accommodations than our own warriors?

Joe Biden by Chairman of the Joint Chiefs of Staff is licensed under CC BY 2.0