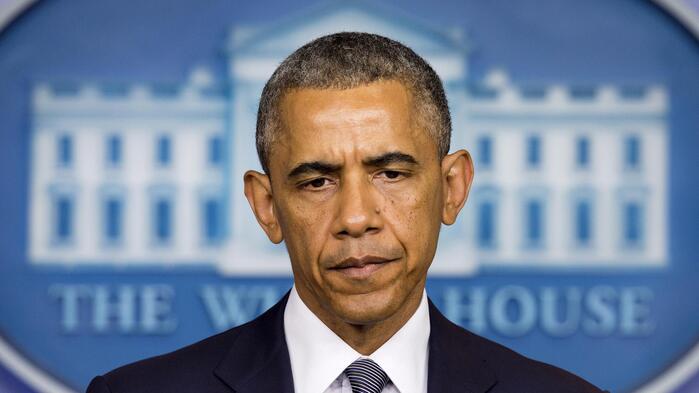 Obama seal by N/A is licensed under N/A
Donald Trump last night stepped up his attacks on Barack Obama after his predecessor slammed his 'chaotic' coronavirus response in a leaked conference call.

Replying to one tweet claiming that Obama 'is the first Ex-President to ever speak against his successor,' Trump wrote: 'He got caught, OBAMAGATE!'

It comes after a recording of Obama's half hour web call with the Obama Alumni Association leaked on Friday, during which he asserted that Trump's response to the COVID-19 crisis had been an 'absolute chaotic disaster.'

Several of Trump's tweets claimed that Obama knew the details of a call between former National Security Advisor Michael Flynn and Russian diplomat Sergey Kislyak in 2016 - at the centre of what Trump calls the 'Impeachment Scam.'
Obama seal by N/A is licensed under N/A